The film is a contemporary socio-psychological portrayal of people in a Bulgarian urban environment, doing jobs that are widely detested. Their duties attract anger and hatred because they enforce the law. The work was funded under the Culture Programme of Sofia Municipality and by the National Culture Fund.
ZagrebDox is an international documentary film festival, taking place in Zagreb. Launched in 2005, the festival is intended to provide audiences and experts with an insight into the recent documentary films, stimulate national documentary production and boost international and regional cooperation in co-productions. 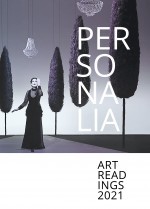