A relatively large number of church artworks of the thirteenth and fourteenth century are kept in Bulgarian collections. Some of these were restored over the recent years and became accessible to wide audiences and experts. Their interpretation in the context of the all-round cultural development of the Balkans over that period requires a more profound examination. What with the restoration and the recent publications in Greece and Bulgaria, re-dating of the best part of the most famous artworks, specifying their provenance, schools, etc., as well as placing them in the all-round Byzantine context is also needed. There is also a number of works of icon-painting of the fourteenth century that have been over-painted in the seventeenth and eighteenth century and have not been restored yet to give us a precise idea of them.
Besides, most of the mural fragments, kept in Bulgarian collections, remain unknown, unpublished and unstudied.
The trends in styles, schools, icon-painters and so on of the fourteenth century have been explored and ‘codified’ on the basis of the monumental painting of the age. The fundamental, all-round and profound studies are also dealing with the monuments of monumental painting and of miniature painting. The books by Prof. Atanas Bozhkov, Icons from the Balkans and Bulgarian Icons are of general nature encompassing large chronological periods. The books by Kostadinka Paskaleva (Icons from Bulgaria and The Bulgarian Icons over the Centuries) and Ivanka Akrabova-Zhandova are also of a wide chronological scope being essentially catalogues. Since then, a number of artworks in Palaeologus style have been restored that have been overlooked by the researchers of cultural processes. It happened so that icon-painting and ‘applied’ church arts of the period were recorded mostly in catalogues of exhibitions mounted abroad (Luben Prashkov, Teophana Matakieva, Georgi Gerov, Ralitsa Ruseva). Artworks in Palaeologus style from Bulgarian lands, kept in Bulgarian collections have been published on the occasion of certain exhibitions and contexts fragmentarily in different editions, by different countries and satisfying particular size requirements of each of the publications. Different editions contain articles on certain artworks. Consequently, the big picture of the art processes over that period is built mostly of the monumental painting, while icon-painting and church textiles, for example, are left aside as secondary phenomena beyond the general context. I believe that all this necessitates a general study of them and a publication.
Artworks in Palaeologus style kept in Bulgarian collections will be studied in the context of the general art processes. Works of monumental painting, illumination, liturgical textiles, miniature art will be included as secondary material.
The Palaeologus renaissance was the final stage of an era; both to Byzantium and to the Second Bulgarian Kingdom it was a dramatic final period, but also a period of thriving spirituality. The term ‘renaissance’ is used not only because of common humanistic trends over that period, but also because of the interest in Antiquity shown in literature and art. This return to Antiquity gained ground first in Constantinople and in some cases it could be referred to as ‘Constantinopolitan Neo-Hellenism’.
Icon-painting in the fourteenth century acquired more significance to become a leading art. Unlike the previous centuries, more icons of the late thirteenth and the fourteenth century are extant. Their specifics give a quite varied picture, both of the local workshops and the relations with different Balkan centres, with Istanbul and Thessalonica in the first place. In a number of cases it is difficult to establish the initial provenance of the icons for they have been moved on more than one occasion. Some of them were commissioned to Istanbul-based icon-painters by Bulgarian churches, but it is impossible to know whether the icons were made in the capital city and then delivered or the painters had been invited to work in Bulgaria, according to some available information. Some of the icons show the typical specifics of the manner of the second largest centre, Thessalonica. Some of them reveal the archaic manner of provincial art and various local choices. Judging by the extant monuments, kept in Bulgarian collections, only Nessebur and Sozopol could be probably confirmed as having the characteristics of compact art centres, and the same goes for the large hubs of monastic life. It is difficult to reconstruct the situation, the icon-painting workshops and recorded choices of styles and iconography as a whole. Large monasteries, being major spiritual and art centres, also developed icon-painting (e.g. those of Bachkovo, Rila, etc.). Some of the icons were donated to the monasteries, others were commissioned by them, still others were probably made at the monasteries.
These works will be studied in a common context for the first time ever and published along with all the works of icon-painting of the thirteenth to the fifteenths century. Such a general study of the artworks in Bulgarian collections of a particular period will undoubtedly be a contribution to future research. 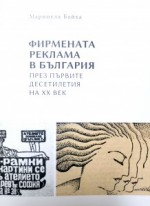