The Institute of Art Studies in collaboration with Sofia Opera House mount the final event in the In commemoration of Ghena Dimitrova celebrations occasioned by the soprano’s 75th anniversary, on 16 December (Friday) 2016, 5:30 pm, at the Auditorium of BAS, with the participation of popular opera soloist an her students.
Assoc. Prof. Emmanuel Moutafov, Director of the Institute will open the event.
Host: Prof. Rumiana Karakostova.
A recent documentary, Affection for Ghena (writer Dimiter Sotirov, DP/producer Milena Stoikova) will be screened. The portrayal received the First Prize at this year’s Nicolai Ghiaurov International Festival of Musical Film, Velingrad and a Special Mention by the international jury and the organizers of Balfest International Film Festival 2016, Plovdiv for its contribution to preservation of the cultural heritage.
An exhibition of photos and objects from the personal archive of the legendary opera singer will be on display at the Academy’s lobby. 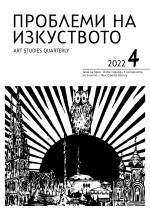